A distinct and undeniable pattern has emerged in my life.  A job loss precipitates a period of long term solo travel.  This is an embarrassing thing to admit – but I have been fired or forced to resign 4 times in the last 3 and a ½ years.  After each kick to the gut, I have booked a trip abroad for one to six months.  I admire people who can jump right back into the job search after losing their job.  For me, a job loss, especially one that is a result of a firing for personal/painful reasons and not poor job performance is too hard to come back from without a chance to hit a reset button.  Searching for a job requires you to be truly “on” in regards to self-promotion and self-marketing.  At a time when personal confidence has been severely tested and the inevitable self-doubt regarding whether I should continue in an industry that keeps spitting me out like sour milk rises to the surface, a job search is very unappealing.  Then, well-intentioned friends shower you with the advice to take this opportunity to do some reticent soul-searching to discover a way to make a living fulfilling myself on a deeper ‘soul’ level; or how this is simply an opportunity disguised in tragedy – the inevitable and unavoidable assurances that “as one door closes another one opens.”

As true as these well-wishes might be, the only thing that ever really helps me move forward after such a traumatic event is going away for a while.  Call it escaping one’s problems, refusing to face reality, shirking responsibility, or being fiscally irresponsible – it’s the only thing that has ever worked for me in the past.

This job joss was particularly harsh because I really loved my job and the company I was working for.  After nearly 12 years as a financial advisor/planner – I had finally found a firm whose values were aligned with my own.  Unfortunately for me, I misjudged the value alignment between me and the CEO of the firm.  The firing could not have come as a bigger surprise, totally out of left field and only four days following a positive performance review.

I was left feeling totally shattered.

Me at my former office

There’s nothing worse than finding yourself unemployed right before the start of the holiday season in Seattle, when the weather is so grey it looks like late evening at 10 o’ clock in the morning.  I found myself going through a grieving process, in shock and disbelief over what had happened and in a state of growing anxiety about what the future might hold.

It was in this rather unstable frame of mind that I set about booking my next big trip.  West Africa was high on my list as the next big “adventure” and lucky for me- the only tour company that offers overland trips in West Africa had their once-a-year trip leaving at the end of November.

As exciting as it sounded, I was also suffering from the typical pre-booking anxious ‘glued to my couch’ syndrome that has also resulted in me booking and canceling flights in a repeating cycle in past years.  Adding to this issue was the fact that unlike East Africa, 5 of the countries on the Dragoman itinerary required visas be obtained in advance and it started looking like I wasn’t going to be able to obtain all of the necessary documents by the time of my intended departure.  The trip was starting in Senegal, and being a dual citizen, forced to use a visa agency that could only obtains visas in DC for US passports, I tried to convince the tour company that I could fly there on my British Passport since the first 3 countries permitted visas obtained on arrival for British subjects.  What harm could there be in getting my US passport fed-exed to our guest house in Guinea-Bissau?  Being told it was simply too much of a risk in that the passport might not show up and I’d be left stranded/unable to continue the journey – I was forced to book only part of the tour that started in Freetown, Sierra Leone and took in the countries of Guinea, Cote D’Ivoire, Ghana, Togo and Benin. 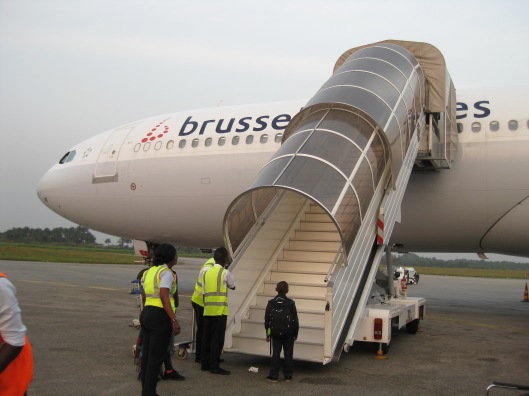 I booked everything on a self-imposed whim and found myself crying hysterically on the drive home after sending off my passport for the $1,000+ visa process.  What had I done?  Was I emotionally/mentally stable enough to handle the rigors of overland travel in such an undeveloped-for-tourism area of the world for two months?  What if I experienced a repeat of my last overland experience where I didn’t connect with anyone on the truck and it was filled with 18-year-old party/sex/alcohol driven lads from pretentious private schools in the UK?

I found myself full of trepidation and regret that interchanged with excitement and fear on an endless loop.

Faced with spending Thanksgiving in the States, I made plans with one of my best friends and former “flame” who’s sister was visiting that week from out of the country.  Little did I know at the time that the 3 night/4 day excursion to Olympic National Park would turn into a nightmare.  Heading out to stay on the peninsula at a friend’s place to avoid the Thanksgiving day lines at the ferry – an innocent dinner conversation turned into a huge fight that continued to escalate into the night.  In the morning, both of my so-called “friends” refused to follow through with our plans to stay at a lodge a few hours’ away.  In tears, I told them I would call another friend to see if he might join me that evening since I was damned if I was going to spend the holiday alone – especially one that is characterized by family, love, good times, and gratitude.

When I emerged from the bathroom after making my tearful phone call – they had both left and ensured that they were non-contactable by blocking me on any and all forms of cellular communication.

I spent the holiday alone and in tears.

I’m not sure if I have ever felt that emotionally devastated in my life.  I’d now lost my job and my so-called best friend.

I was in such poor state I immediately flew down to Palm Springs to visit my dear friend Craig and hopefully get my mind off the previous weeks’ events.  I was so grateful to have someone to talk to, laugh with, and get up to no good with.  Despite my best efforts, the pain and struggle continued and I knew it was going to take being somewhere so foreign that it felt like Pluto to really help me process, heal and move on from the past months’ trauma. 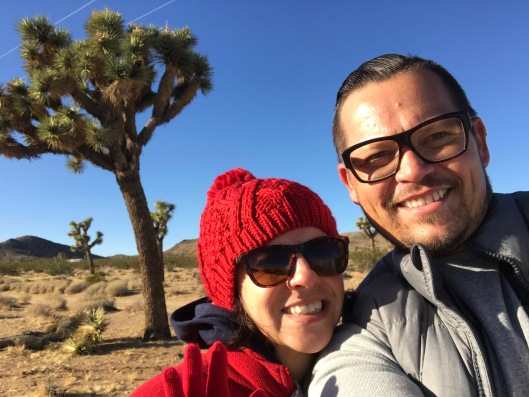 The last few days spent in a frenzy of last minute arrangements for house-sitting, packing and buying essentials – I finally headed to the airport for my 3-leg journey to the capital of Sierra Leone: Freetown.

There was no going back now: with a heavy but hopeful heart – I got on the plane.

2 thoughts on “When it’s Time to Travel Again”